4.    Division of Fractions
Fraction as an operator “of”
To know the fractional part of a quantity fraction and the number (quantity) are multiplied.

Before understanding the division of fractions, we must know , what is inverse of a fraction.

Inverse of a fraction or reciprocal of fraction: A fraction is said to be inverse of itself, if the places of 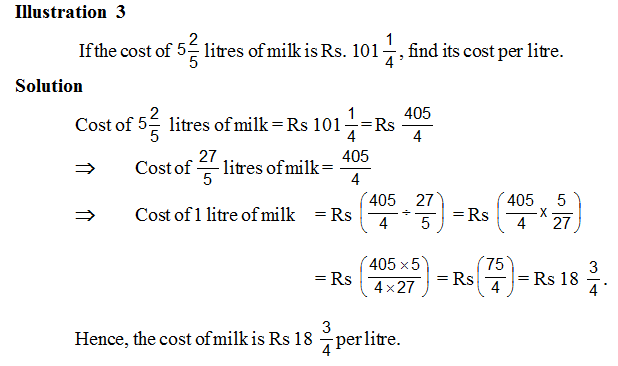 Addition and Subtraction of Decimal Numbers

The rules for addition of numbers with Decimals are:

The rules for subtraction are:

Firstly, write the decimal numbers in fractional form. For e.g. 0.5 is 5/10.
Multiply the dividend with the reciprocal of divisor. The answer obtained is the required answer.

While dividing a number by 10, 100 or 1000, the digits of the number and the quotient are same but the decimal point in the quotient shifts to the left by as many places as there are zeros over one.