Line Segment
A line segment is a fixed portion of a line. This makes it possible to measure a line segment. This measure of each line segment is a unique number called its “length”. We use this idea to compare line segments.
To compare any two line segments, we find a relation between their lengths.
This can be done in several ways.
(i)     Comparison by observation: The method of comparing two segements by observations is not always correct. Therefore, we need a better method.
(ii)     Comparison using Ruler and a Divider :
(a)     Using a Ruler : Suppose we have to measure the length of a given   segment AB. Take a ruler with centimeter marks and place it along the segment AB such that the

zero mark on the ruler is just at A as shown in the figure. Now read the mark on the ruler which corresponds to B. In this figure we see that the mark corresponding to B is the eighth small division after 5, i.e. AB contains 5 full centimeters and 8 millimeters. We say that the length of AB is 5.8 cm and write it as AB = 5.8 cm.

Units for measurment of line segments :The unit of measurment of length is metre.
A metre is divided into 100 equal  parts, each called a centimetre. A centimetre is further subdivided into  10 equal parts, each called a millimetre.
Thus we have the following table :
10 Millimetres (mm) = 1 Centimetre (cm)
10 Centimetres(cm) = 1 Decimetre (dm)
10 Decimetres (dm) = 1 Metre (m)
or ,    1 metre  = 10 decimetres
= 100 centimetres
= 1000 millimetres

In the quadrilateral (AB, CD) and (BC, AD) are opposite sides of its two pairs.

Two angles of a quadrilateral that are having a common section are called its adjacent or consecutive angles. In the quadrilateral (angle A, angle B), (angle B, angle C), (angle C, angle D) and (angle D, angle A) are four pairs of adjacent angles of triangle 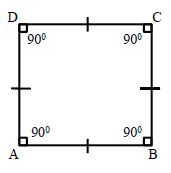 In a Square:
All sides are equal
Each angle measures 90°
Diagonals are equal
Diagonals bisect each other
Diagonals intersect at right angles
Rhombus: A parallelogram that have all sides equal is known as a Rhombus 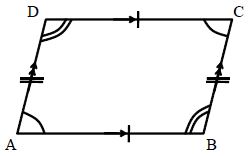 In a Rhombus:
Opposite sides are parallel
All sides are equal
All Diagonals cut across  each other at right angles of triangle
Trapezium: A Quadrilateral  in which two opposite facing sides are parallel is known as a trapezium. In diagonal divides proportionally

when the (unequal) non parallel sides of a trapezium are equal. It is called as isosceles-trapezium
Kite: The Quadrilateral in which two pairs of the adjacent sides are equal is called as a kite. The longer diagonal intersects the shorter diagonal. 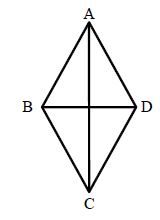 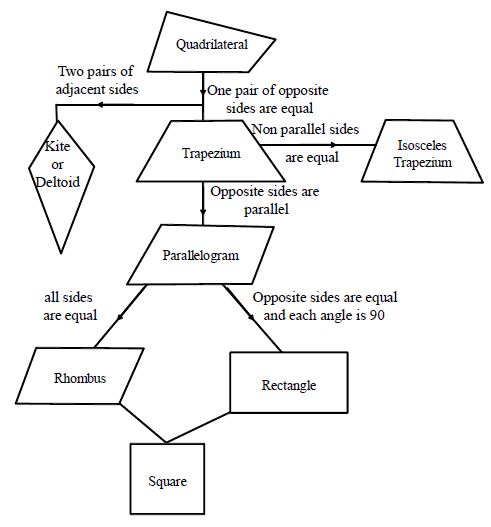 A closed plane image enclosed by three or more line segments is known as a polygon. The line sections that form a polygon are called its sides. The point of intersection of two following sides of a polygon is known as a vertex. 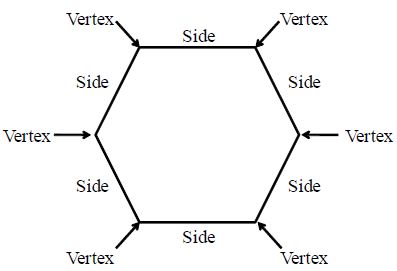 The total number of vertices of a polygon is always equal to the number of its sides. 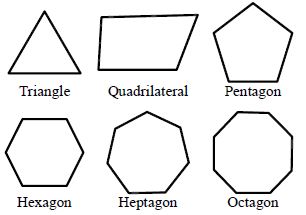 Diagonal of a Polygon
A line segment that join with any two non-consecutive vertices of a polygon is called diagonal of polygon. Therefore, in the figure ABCDE is a polygon image and each of the line segments AC, AD, BD, BE and CE is the diagonal of the polygon. 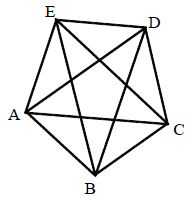 Interior and Exterior Angle of a Polygon:
An angle made by the two consecutive (following) sides of the polygon is known as an interior angle or we can say that an angle of the polygon. 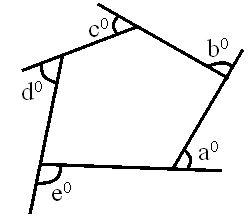 THREE DIMENSIONAL Figures
Solid State Figures: Figures with height/density (thickness), length, breadth and are called solids.
Cuboids: The solid in rectangular shape having the four slanting sides with top and base are called ‘cuboids’. The solid formed by six rectangular surfaces is called cuboids 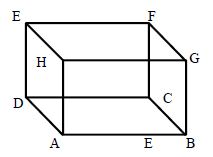 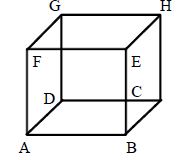 Cylinder: The figures which have top and base are circular in shape. The remaining surface is called curved surface. 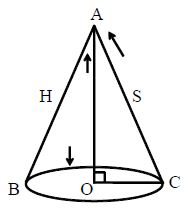 Sphere: Ball, Marbles and balls in the cycle bearings are some of examples of Sphere. In the below figure, ‘centre’ is called as O.  AOAO is called its radius. Its surface is called curved surface. 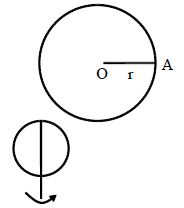 Prism: Triangular Prism. The adjoining figure shows a ‘triangular prism’. (Its base is a triangle) It is the shape of its base. It has six vertices and five surfaces.

Pyramid:  Pyramid figures base is in square shape and their lateral faces are in triangular shape, such that all the four surfaces meet at one point.
The below figure tells about square ABCD as its base in the pyramid shape.
AB =BC=CD=DA = aAB¯=BC¯=CD¯=DA¯=a, shows the side of its base. 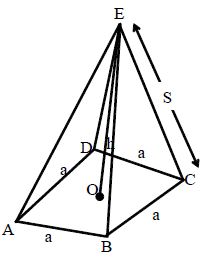 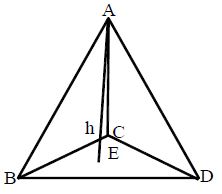 The adjoining figure shows a ‘triangular pyramid’. Its base is a triangle BCD. Lateral height of each triangle (lateral surfaces) is called the slant height which is denoted as s and the point of meeting all the lateral sides. ‘Apex or vertex’ is denoted by ‘A’.