Biogeochemical Cycles
→ The flow of substances from non-living to living and back to non-living is called the cycling of
substances.
→ The cycling of chemical elements like carbon, oxygen, nitrogen, phosphorus, sulphur and water
the biosphere is called biogeochemical cycle.
→ It operates through soil, water, air and biotic factors.
→ The whole process in which water evaporates and falls on the land as rain and later flows back
into the sea via rivers is known as water cycle.
→ When sun shines, water evaporates continuously from the water bodies and forms water vapour
This water vapour rises up and goes into the atmosphere.
→ The plants absorb water from the soil and use it during the process of photosynthesis.
→ They also loose water by the process of transpiration.
→ The water vapour produced by transpiration also goes into the atmosphere.
→ The process of respiration and evaporation from the surface of animal body produces water
vapour which goes into the atmosphere.
→ The evaporation and condensation of water vapour leads to rain. During winter, the water falls
down in the form of dew or snow.
→ All of the water that falls on the land does not immediately flow back into the sea. Some of it
seeps into the soil and becomes part of the underground reservoir of fresh water.
→ The underground water is again taken by plants and water cycle continues. 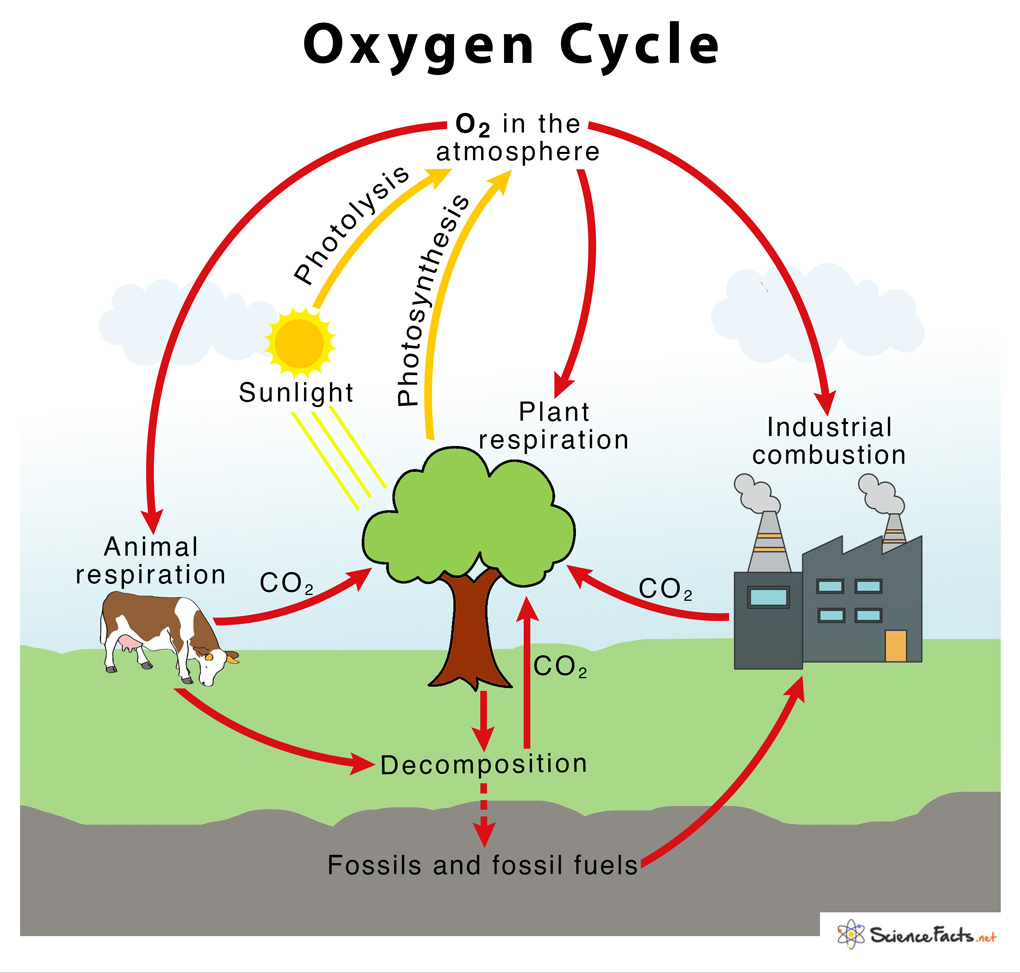 → The percentage of oxygen in air is 21%.
→ The cyclic process by which oxygen element is circulated continuously through the living and
non-living components of the biosphere constitutes oxygen cycle.
→ Human beings and animals take oxygen from the atmosphere during the process of respiration
→ The decomposition of dead organisms also takes in oxygen from the atmosphere.
→ Respiration and decay of dead organisms release CO2 and water.
→ The carbon dioxide and water are used by the green plants during the process of photosynthesis
→ They give out oxygen during this process. This oxygen is again used by human beings and
animals.
→ Thus, the oxyen cycle keeps repeating in nature. 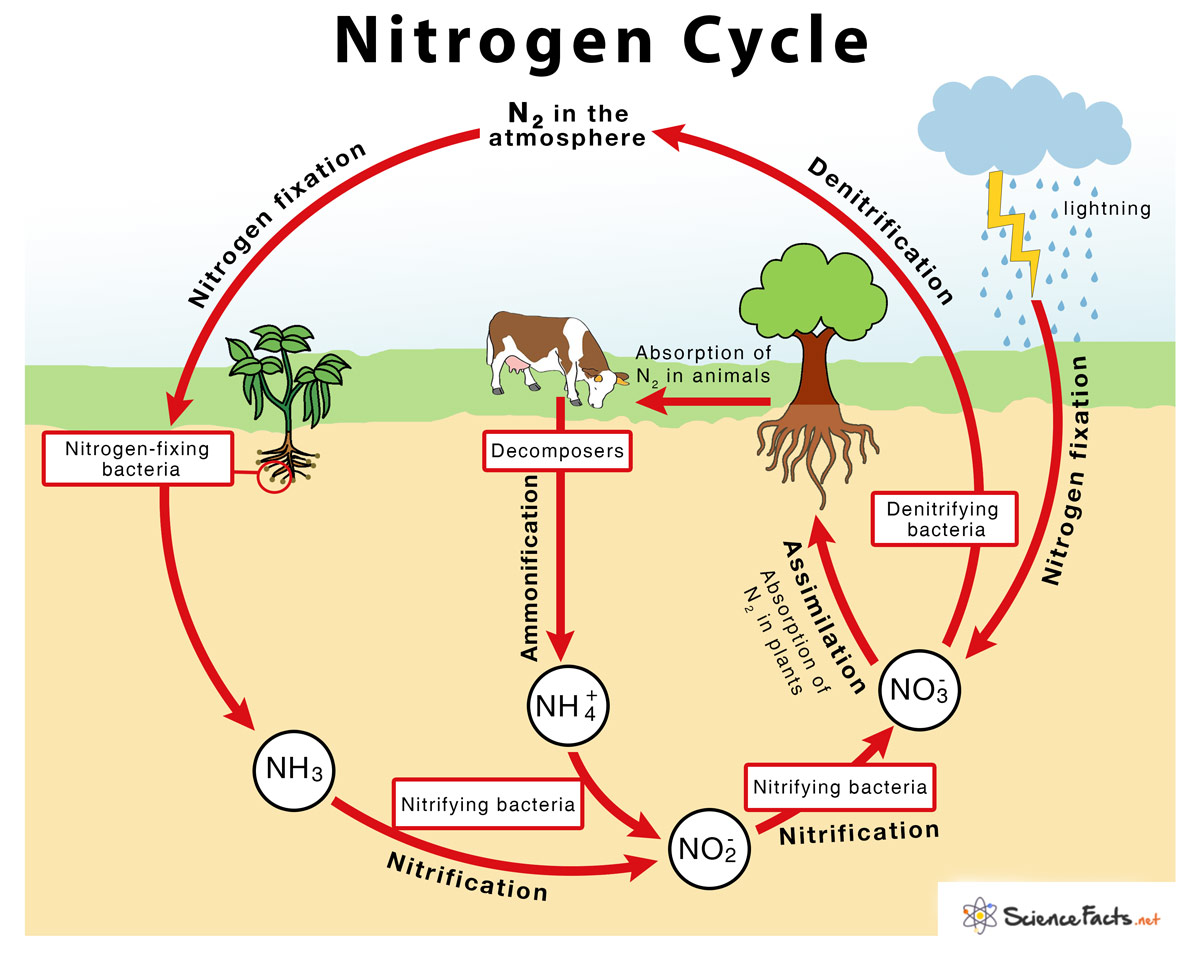 → The sequence in which nitrogen passes from the atmosphere to the soil and organisms, and then it
is eventually released back into the atmosphere, is called nitrogen cycle.
→ Nitrogen makes up 78% of the earth’s atmosphere.
→ Nitrogen is an essential constituent of proteins, nucleic acids like DNA and RNA, vitamins and chlorophyll.
→ Plants and animals cannot utilize atmospheric nitrogen readily.
→ It has to be fixed by some organisms called nitrogen fixers.
→ Nitrogen-fixing bacteria like Rhizobium live in symbiotic association in the root nodules of certain
leguminous plants.
→ These bacteria convert atmospheric nitrogen into ammonia which is utilized readily by plants.
→ Nitrogen-fixing bacteria along with free living bacteria in the soil achieve 90% of nitrogen fixation
→ Lightning plays an important role in nitrogen fixation. When lightning occurs, the high
temperature and pressure convert nitrogen and water into nitrates and nitrites.
→ Nitrates and nitrites dissolve in water and are readily used by aquatic plants and animals.
• Ammonification: It is the process by which soil bacteria decompose dead organic matter and
release ammonia into soil.
• Nitrification: It is the process by which ammonia is converted into nitrites and nitrates.
• Denitrification: It is the process by which nitrates are converted into atmospheric nitrogen.