Speed :
It is the characterstic of an object which decide the motion of an object. Distance covered in a unit time is called speed.

It is measured in m/sec.

Unit of speed
The basic units of speed is meter/second, which can also be expressed in m/min, km/h etc.

(iii)    Instantaneous Speed : The speed of an object at any particular instant of time or at a particular point of its path is called the instantaneous speed of the object. It is measured by speedometer in an automobile.

(iv)    Average Speed : For an object moving with variable speed, it is the total distance travelled by an object divided by the total time taken to cover that distance.

Ex.2    A bus leaves Delhi 7 PM and reaches Mumbai at 9 PM. The speed of the bus is 20 km/h. What is the distance between Mumbai and Delhi ? 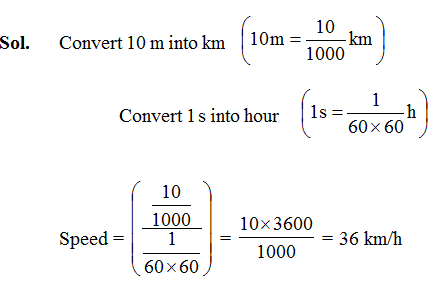 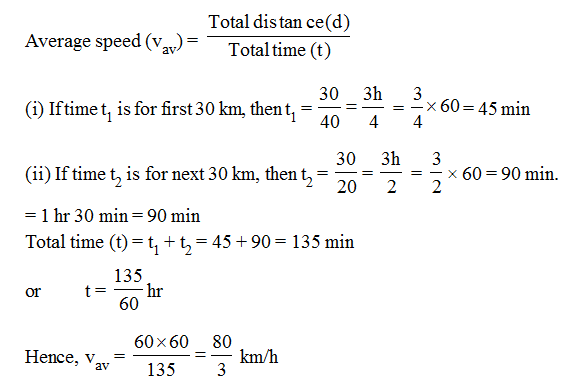 Velocity :
When an object moves with certain speed, it is not clear in which direction it is moving. To overcome the shortcoming, another term, velocity is used. In a way, velocity is speed in a specified direction. Thus, velocity consists of two parts out of which one          part is direction. For example, a car moving with 10 ms–1 in east direction has the magnitude of velocity as 10 m s–1 and the direction is east.
It is the rate of change of displacement.

3.    Instantaneous Velocity :
The velocity of an object at any given instant of time  at particular point of its path is called its instantaneous velocity.

Difference between Speed and velocity : 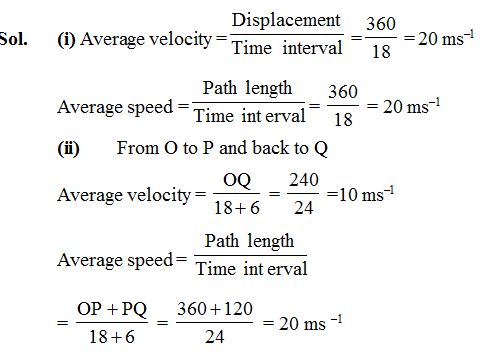 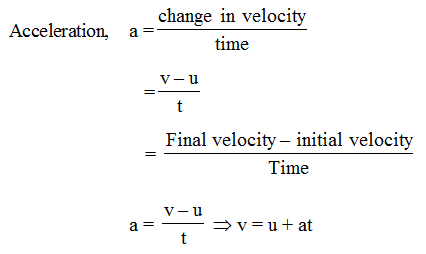 Ex.10    An object is sliding down an inclined plane. The velocity changes at a constant rate from 10 cm/s to 15 cm/s in two seconds. What is its acceleration ? 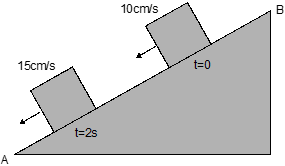