Measurement of Time :
Time plays an important role in our life. Any change, or movement which takes place, is understood in terms of a physical dimension called ‘time’.
There are many phenomenon by which we can understand time.
(i) The time between one sunrise and the next is called a solar day.
(ii) A month is measured from one new moon to the next.
(iii) The time taken by the earth to complete one revolution around the sun is called year.
The early scientist developed many devices to measures time intervals. All of them make use of some periodic motion.

Sundial :
People in older times measured intervals of time shorter than a day with a device called sundial The device worked on the principle that as the position of the sun in the sky changed, so did the position and length of the shadow cast by an object. The                 decrease and then increase in the length of the shadow during day time was used to measure time in sundials. The sundial has a triangular metallic plate called gnomon fixed vertically at the centre of a circular plate. The device is placed in the open in such a    way that gnomon points in the north south direction. The shadow of gnomon on the circular scale shows the time at that particular moment. Sundials indicate time quite accurately but the problem with them is that they cannot be used after sunset or on a            cloudy day they can also not be carried along to different places. One sundial can be seen at Jantar Mantar in New Delhi.

Candle Clocks and Sand Clocks :
Romans actually used sand clocks which worked on the principle that a definite amount of sand takes constant time to fall from the upper chamber to the lower chamber. That constant time was the unit of measurement of time commonly called an hour.         The sand clock is also called an hourglass. Once the upper chamber is emptied completely, the hourglass is turned upside down to record the time again. 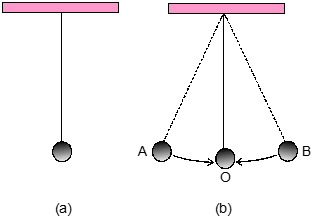 Note :
(i) The symbols of all units are written in singular.
(ii) Other smallest units of time 1 second = 106 microsecond; 1 sewcond = 109 nanosecond.