Case I : When Denominators of Given Numbers are Equal :

Thus, in order to add two rational numbers with the same denominator, we simply add their numerators and divide the sum by the common denominator. 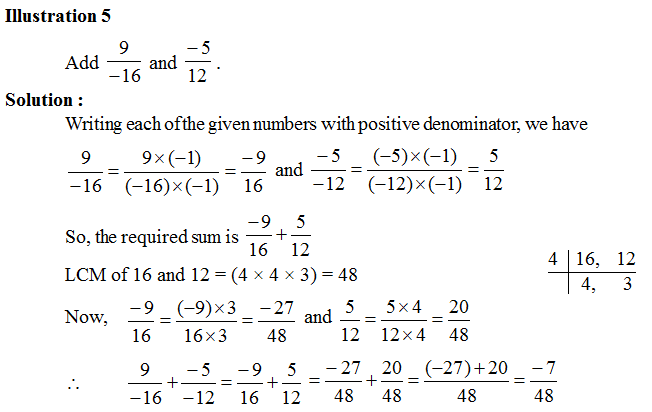 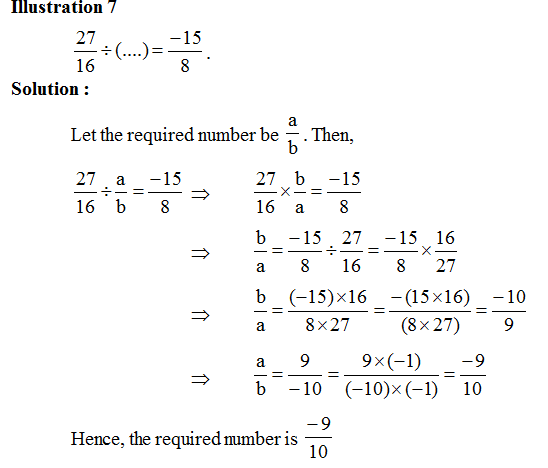