INTRODUCTION
1.    Point:
A fine dot made by a sharp pencil or a geometrical figure having no length, breadth and height as called a point.

2.    Line segment
If we join two fixed points then the figure formed is called line segment.

3.    Line
If we extend the two end points of a line segment in either direction endlessly then it is called a line.
It has no definite length.

4.    Ray
If we extend one end point of a line segment endlessly then it is called a ray. 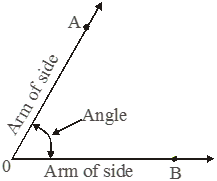 In this fig. the angles are  ∠∠

Introduction to Lines and Angles

Line:
A line is a straight figure which doesn’t have an endpoint and extends infinitely in opposite directions.

Ray:
A ray is a straight line, which starts from a fixed point and moves in one direction.

Line Segment
A portion of the line formed with two definite points is called a Line Segment. A line is a one-dimensional figure and has no thickness.

There are basically 6 types of angles which are: 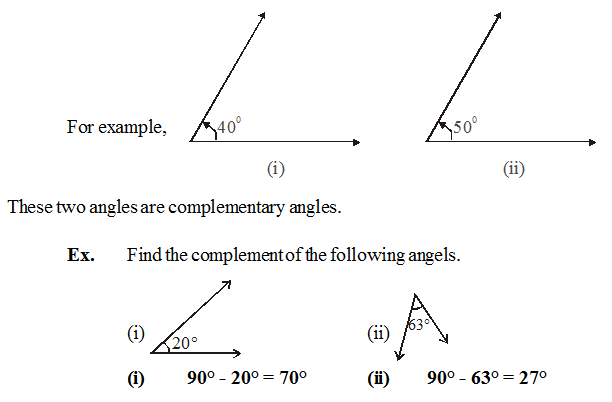 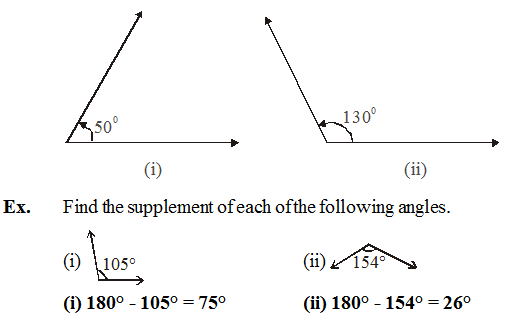 Intersecting Lines
Two lines intersect if they have a point in common called their point of intersection.

2.    Transversal : A line that intersects two or more lines at distinct points is called a transversal.

In this fig. t is the transversal which cut two lines p and q at distinct points, ‘N’ and ‘M’ respectively.

(i)    Exterior angles : The angles whose arms do not contain the segment on the transversal cut by the given lines are called exterior angles. Such as ∠1, ∠2 and ∠7 and ∠8

(ii)    Interior angles : The angles whose one of the arms contains the segment on the transversal cut by the given lines are called interior angles. Such as ∠3, ∠4, ∠5 and ∠6

Transversal: A line that intersects two or more lines at distinct points is called a transversal.

Transversal
A line that intersects two or more lines at different points is called a transversal.

Transveral of parallel lines
Parallel lines are those lines on a plane that do not intersect anywhere. 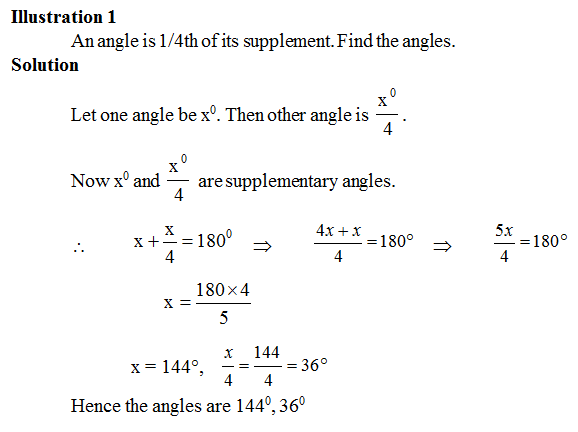 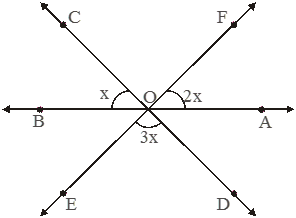 Determine the value of x Two lines drawn in a plane are parallel if they do not intersect even when they are produced. Distance between the parallel lines is the same.

When a transversal intersects two lines, m and n, eight angles are formed, four angles at each point, P and Q respectively. These angles are identified by their positions.