Variable
It means something that can vary or change. It takes different numerical values. Usually variables are denoted by letters of the alphabets. For example, x, y, z, a, b, c etc.

EXPRESSION
Expressions are obtained by placing mathematical operators like addition, subtraction, multiplication and division on the variables.
For example, 2x + 3
This expression is formed by multiplying x by 2 and then adding 3 to the product.

An equation is a statement of uniformity between two mathematical expressions containing one or more variables.
Rules for simple equation,

An equation is a statement which states that two expressions are equal.

The value of the variable for which the left hand side of an equation is equal to its right hand side is called the solution of that equation.
For example : For the equation, x + 2 = 6, x= 4 is the solution.

An equation remains unchanged if :

Solving an equation by shortcut method (transposing terms)In an equation if a positive sign is transported from one side to other, its sign becomes negative.

Subtraction  keywords: Minus, Decreased by, less than, the difference of, subtracted, etc.

Division keywords: Divided by, The ratio of, The quotient of, etc.

Using these above, we can also make another operation that is,

Equals keywords: Equals, Is the same as, yields. 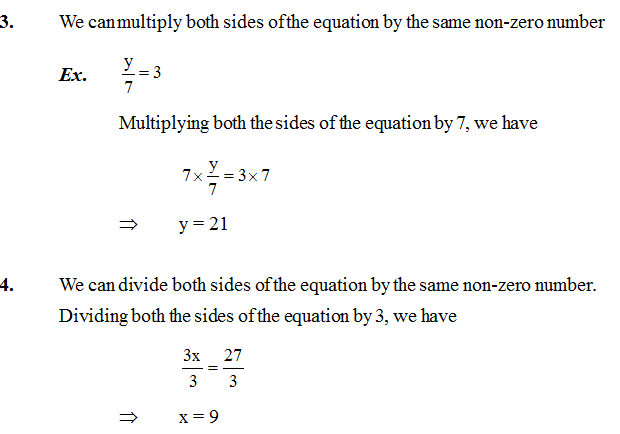 how to solve an equation

How to solve an equation
1.    Trial and error method

We substitute various values for x and stop only when the value satisfies the equation. 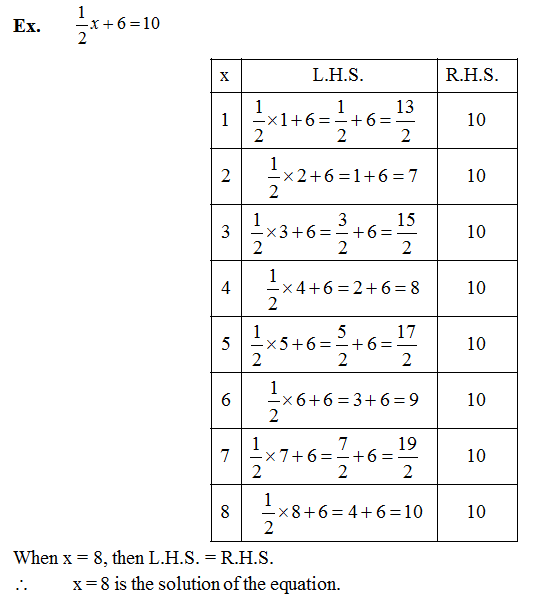 2.    Transposition method: Transposing a number means moving an expression to the other side of the equation
For example, x +2 = 3
By transposing 2 from LHS to RHS, we get
x = 3 –2    (On transposing +2 become –2)
x = 1
Some example of transpostions 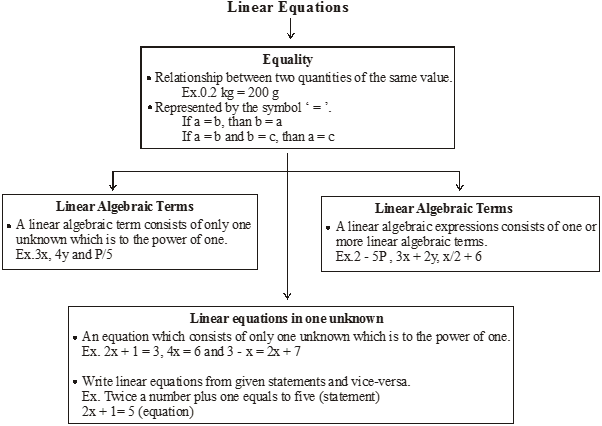