1. Introduction to The Decimals

Decimals
Decimals are an extension of our number system For an example 5.75. Here the dot represents a decimal point. Decimals are fractions whose denominators are 10, 100, 1000 etc. A decimal has two parts, namely, the whole number part and decimal part.

Division of a unit in ten equal parts

If an object is divided into 10 equal parts then its each part is one tenth of the whole. It is written as

Ex.     0.5 is read as 5 tenth. or point five.
It can be written as 2.3 and read as two point three.
Let us take an example, there is two tower each consist two blocks and each block is equal to one unit than tower represents 10 units. So, the number shown here is :

Ex.2     Write each of the following as decimals : (a) Two ones and five-tenths (b) Thirty and one-tenth 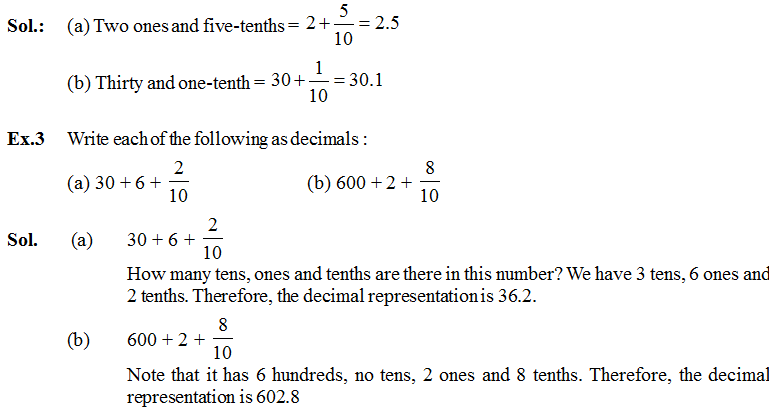 3. Addition and Subtraction of Decimals